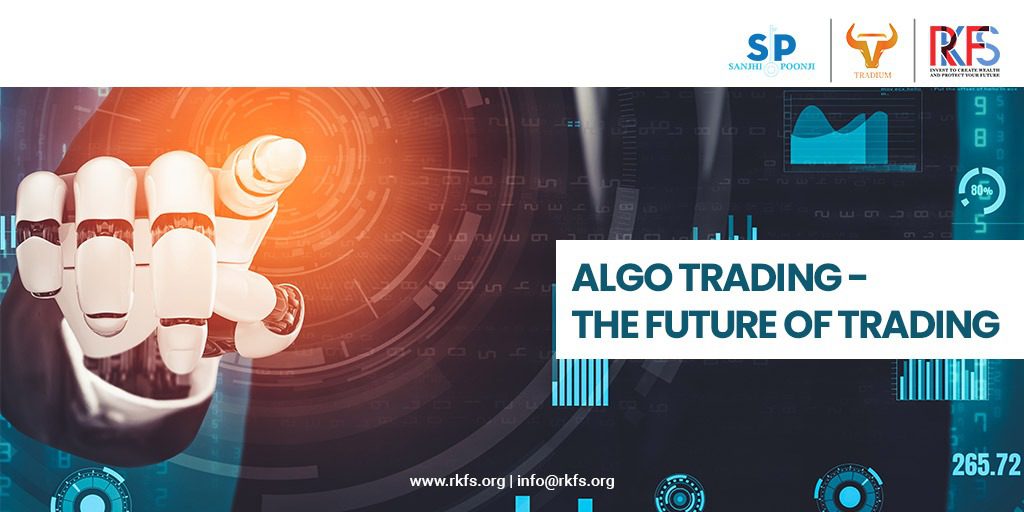 Asset trading in the financial market has evolved a lot in recent years, accompanied by technological development and many changes in investor behavior. And, one of the major changes is Algo Trading.

Algo trading, also called algorithmic trading, is the process of partially or totally automated trading. To do this, purchase and sale instructions are coded in a computer language (python, java, C++, etc.). It brings innovation and enables the optimization of operations even for novice traders.

Today it is feasible to operate from anywhere with a computer and a good internet network. For even more efficient performance, traders can maximize results by opting to automate their trades.

So, in this blog, we are going to discover a field with strong growth which has completely changed the way by which traders do their work, obviously, we are going to talk about algorithmic trading.

The advent of algo trading in India has proved to be one of the most efficient resources to avoid human errors, as with the predetermined operation there is a distance from the emotional factor and indiscipline that often hinder traders.

But also, the best algo trading software in India does not perform miracles or remove the importance of an experienced and attentive trader. On the contrary, the performance of the automated solution is a reflection of its operator’s orders. This means that it is necessary to plan, and define strategies and clear objectives in terms of how much and how you want to make profits.

The advantages of algo-trading

Indeed, knowing how to manage his emotions is essential for a trader in order to avoid acting under impulses. The use of algo-trading allows to act according to a previously defined strategy.

Thus, all the psychological aspects linked to the fear of losing or greed are removed because the algo-trading follows the strategy that has been defined by the trader earlier.

Algorithmic trading marks a real turning point in the art of online trading. Born from traders’ need to automate orders (purchase and sale), it is gaining ground and appealing to many people.

Its multiple advantages allow the algo trader to program a considerable number of operations, which reduces human error and increases the chances of making profits.